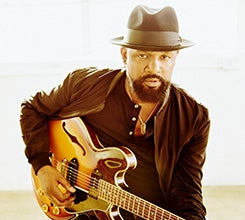 Get up close and personal with three incredible songwriters in An Evening of Original Music, a unique listening room experience.

Maia Sharp and Randy Sharp return to the Genevieve’s stage. Maia’s songs have been recorded by Bonnie Raitt, Trisha Yearwood, Cher, and Art Garfunkel, and Randy has had his songs recorded by Emmylou Harris, Reba McEntire, Dolly Parton, and Alabama.  As a father/daughter duo, their greatest collaborative successes is “Home” recorded by The Dixie Chicks.

David Ryan Harris joins the listening room for the first time. Most recognized for playing guitar and singing in John Mayer’s band, Harris has also produced, written, and/or performed with the likes of Dave Matthews, India.Arie, Cassandra Wilson, and Guy Sebastian—with whom he co-wrote the RIAA platinum-certified “Battle Scars.”

This performance is supported by the Daniel-Mickel Foundation