Ben Folds And A Piano 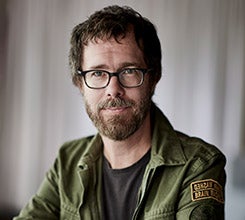 Ben Folds is widely regarded as one of the major music influencers of his generation. He’s created an enormous body of genre-bending music that includes pop albums with Ben Folds Five, multiple solo albums, and numerous collaborative records. His latest studio album, So There, which includes a blend of pop songs and his “Concerto for Piano and Orchestra,” soared to #1 on both the Billboard classical and classical crossover charts. For over a decade, Folds has performed with some of the world’s greatest symphony orchestras, and he currently serves as the first Artistic Advisor to the National Symphony Orchestra at the Kennedy Center. In addition to solo rock and orchestral touring, Folds recently wrote his first book, A Dream About Lightning Bugs, and was featured for five seasons as a judge on NBC's critically-acclaimed a cappella show The Sing Off. A champion for arts education and music therapy funding in our nation's public schools, Folds held the distinction as the only artist to appear at both national political conventions advocating for arts education in 2016. He is the Arts Action Fund’s ArtsVote2020 chairman, and he hosts a podcast series of interviews on arts policies with current 2020 presidential candidates.