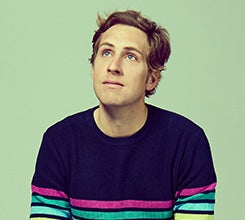 with special guest The Band Camino

You know magic when you see it, touch it, or hear it. Singer, songwriter, and multi-instrumentalist Ben Rector uncovers that feeling with anthems equally rooted in whimsical nostalgia and excitement for the future.

In 2013, The Walking In Between marked his first Top 20 debut on the Billboard Top 200. His ceaseless touring and prolific output paid off in a big way on his 2015 breakout album, Brand New. Not only did it bow at #9 on the Billboard Top 200, but it yielded a massive hit in the form of the title track, “Brand New.” Clocking 41 million-plus streams on Spotify, the single organically landed over 40 film and television placements, including a trailer for The Edge of Seventeen, a TV spot for Disney’s Moana, and MLB World Series and Olympics primetime spots.

His seventh full-length album, Magic, was released in June.