Bill Bryson presents “The Body: A Guide For Occupants” 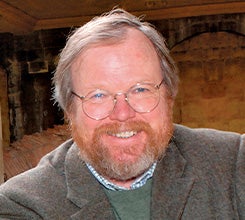 Best-selling author Bill Bryson has established himself as one of the world’s most beloved and prolific commentators by finding delight in the minutiae of travel and the subtleties of culture. Bryson shot to prominence in the United Kingdom with Notes from a Small Island, a humorous travel book that takes readers on an exploration of Great Britain, which was also adapted for television. He has chronicled everything from hiking the Appalachian Trail in the immensely popular A Walk in the Woods – named one of TIME magazine's "All-TIME 100 Best Nonfiction Books" – to capturing the zeitgeist of the roaring twenties in One Summer: America 1927. He received further widespread recognition from A Short History of Nearly Everything, a book widely acclaimed for its approachable communication of science. As a successor to A Short History of Nearly Everything, Bryson will release THE BODY: A Guide for Occupants this October. This new book will be an extraordinary exploration of the human body which will leave readers marveling at the form they occupy. For those who’ve ever wondered what really goes on inside your head, heart, and beyond, Bryson will help you understand the miracle of our physical and neurological make up at this book reading. The Chicago Sun-Times says “Bryson could write an essay about dryer lint or fever reducers and still make us laugh out loud." The New York Times has declared Bryson “the most literate guide you’ve ever had.” Reading will be followed by a Q&A.