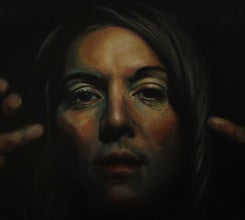 Tonight’s Brandi Carlile concert has been cancelled due to illness. At this time, we are unable to announce a rescheduled date. You will automatically receive a refund based on the method of payment. Should you have any questions, please call the Peace Center Box Office at 864.467.3000 or email [email protected].

Brandi Carlile's current tour celebrates her acclaimed new album, By The Way, I Forgive You, which recently debuted at #1 on the Billboard Top Current Albums chart, Rock Albums chart, and Americana/Folk Albums chart and #5 on the Billboard 200 chart—a career high for the acclaimed singer, songwriter, and performer. Its breakout first single, “The Joke,” was included on President Barack Obama’s “Favorite Songs of 2017” list.

Over the course of her acclaimed career, Carlile has released six studio albums, including 2015’s The Firewatcher’s Daughter, which garnered a Grammy® nomination for “Best Americana Album.” Additionally, last year she released Cover Stories: Brandi Carlile Celebrates 10 Years of the Story (An Album to Benefit War Child), which features 14 artists covering the songs from her breakthrough album The Story with all proceeds benefiting the organization War Child. Artists included on the acclaimed project, which Rolling Stone calls, “tender and powerful,” include Dolly Parton, Adele, Pearl Jam, Kris Kristofferson, The Avett Brothers, Margo Price, and Jim James as well as a foreword written by President Obama.

Darlingside (Don Mitchell, Auyon Mukharji, Harris Paseltiner, and David Senft) is a Massachusetts-based ensemble whose sound is an eclectic blend of ‘60s folk, clever wry wit, classical arrangements, soaring harmonies, and a modern indie-rock sensibility. Their superpower harmonies draw frequent comparisons to late ‘60s era groups like Simon & Garfunkel, The Byrds, and Crosby, Stills & Nash. They perform all of their music around a single vocal microphone, inviting audiences into a lush, intimate world where four voices are truly one.