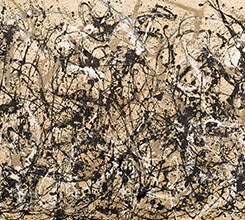 Peace Interludes are FREE music appreciation gatherings that unpack the rich traditions and diverse styles of great composers. Each month will feature a unique composer and drink pairing, providing a multi-sensory sip, listen, and learn experience that highlights a musical period.

In the spirit of progress and innovation from the beginning of the 20th century, contemporary music pushed boundaries and performance venues. Reflecting the variety of surrealism, pop art, and abstract expressionism in visual art, music branched out with the birth of jazz, Yiddish theater, vaudeville, and Broadway. Join us for tapping feet and jazz hands!

Jewish American composer and lyricist Stephen Sondheim has won more Tony Awards than any other composer, including the 2008 Special Tony Award for Lifetime Achievement in Theatre. He was awarded the Pulitzer Prize in 1985. Following his parents’ divorce around age 10, he began a close relationship with Oscar Hammerstein II, who became a surrogate father and mentor for the young Sondheim. This relationship profoundly influenced him and developed his love and knowledge of musical theater.

Although its name comes from a Spanish word, sangria can be traced back to early Greeks and Romans who would mix their wine with sugar, spices, and other things to add flavors. It can now be found in a multitude of flavor and color adaptations, appropriate for the variety found in contemporary compositions.