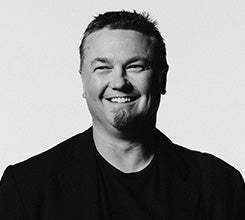 Called the “great American romantic” by The New York Times, Edwin McCain has built an enviable career over the past 20 years.  His hit songs, authentic spirit, and surprisingly affable sense of humor keep fans coming back time and time again for nights that feel more like parties with old friends than rock concerts. After recording two of the biggest love songs in the history of pop music and experiencing the success that comes with a television show (Flipping Ships), McCain now performs upwards of 100 shows annually throughout the US.   His enduring love songs and wedding must-haves “I’ll Be” and “I Could Not Ask For More” aren’t just for the romantic at heart. American Idol and The Voice contestants turn to McCain’s ballads every single year to help them win over judges and fans alike, including Idol’s 14th season winner, Nick Fradiani.    2018 marks the 20th year of the hugely popular “I’ll Be,” which topped the Billboard charts in 1998 and has proven to be a timeless classic over the past two decades.   ROSCOE & ETTA (Maia Sharp & Anna Schulze) Roscoe and Etta are a pair of aged arch top guitars possessing wills of their own. Maia Sharp and Anna Schulze are two singer-songwriter-producers who play these instruments and claim title to their names on their eponymous debut.  Sharp, acknowledged as “a songwriter’s songwriter” (Chicago Tribune) has writing credits for a roster of platinum artists that includes The Dixie Chicks, Bonnie Raitt, Cher, Lisa Loeb, and Trisha Yearwood. Schulze has had her songs featured in the Oscar®-winning documentary Icarus, Carmelo Anthony’s This Is Melo, and MTV’s Awkward.