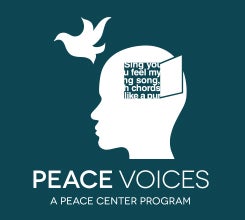 Cheryl Boyce Taylor is an acclaimed poet who won the 2015 Barnes and Noble Writers for Writers Award. She has authored four collections (Raw Air, Night When Moon Follows, Convincing the Body, and Arrival) and serves as a poetry judge for The New York Foundation for the Arts and The Astraea Foundation. Her poetry has been commissioned by Jacob's Pillow, The Joyce Theater, and the National Endowment for the Arts.

Marcus Amaker is Charleston, S.C.’s first Poet Laureate. His poetry has been featured on TEDx, PBS Newshour, A&E, and the Huffington Post. In 2017, he was named one of Charleston’s 50 Most Influential people by Charleston Business Magazine. He has released more than 20 albums of music since 1986, including a poetry and jazz album with Grammy®-nominated drummer Quentin Baxter.